So far, there is only one Silicon Valley, and it’s in California.  There are several locations jockeying for the title of “Silicon Valley East,” however, and they present an interesting contrast of approaches toward achieving the desired title.  It is easiest to envision contenders for the Valley East title arising adjacent to existing urban areas, as several studies indicate they are.  These sites trumpet their connection to a well-known and respected academic core, and thus their nearness to a well-known urban center.  Cambridge, Massachusetts is the example with the most prestigious claims (it’s hard to beat the combination of MIT and Harvard).  There is also a self-designated “Silicon Alley” in the New York City area, but, as both sites are newcomers to already built up urban areas, neither is an actual site so much as a collection of firms and institutions in general proximity to one another.

One contender for the title, however, is taking a different approach, in a decidedly different location.  In utter contrast to the several urban locations, New York State’s money and political influence have converged around the tiny village of Malta, amid the bucolic countryside northeast of Albany, where a massive computer chip fabrication plant is currently under construction.  It is the best contender that money—almost 2.5 billion dollars to date—and political influence (harder to quantify, but considerable) can create, more or less out of nothing.

Building a Silicon Valley East in an undeveloped area presents an opportunity to design, pretty much from scratch, an integrated physical plant—workplaces, residences, services and transportation infrastructure—for a modern, energy-efficient community.  This would be extraordinarily difficult (not to mention expensive) to achieve in an already long established urban or semi-urban location, but what about when you can plan everything from the start?  Would not such an overall design testify to the future the products of the complex will help to bring about, and become itself an advertisement for and boost to the location’s future?  If the employment predictions of those associated with this project are to be believed, then Malta presents an opportunity to design just such a forward-thinking, integrated community, one truly worthy of the name.  The chances of achieving such a goal depend on a great many things, and one’s definition of “community” should be at the top of the list. So far, in Malta, such thinking does not seem very prevalent.

First, some background behind the development.  While Albany’s Capital Region cannot match the academic credentials of Boston or New York City, it is home to the State University of New York at Albany’s College of Nanoscale Science and Engineering, a widely recognized center of academic semiconductor research funded by large sums of both government and private money.  Although this new College sports the trendy name, the much-longer existence of Rensselaer Polytechnic Institute in nearby Troy probably adds more cachet to the underlying requirement for an academic core.

The main attraction in Malta itself is land, “undeveloped” land, and lots of it.  This would appear to be a significant card in the game, if the nature of the area’s first major business is any indication. That business is GlobalFoundries, a company formed from the spinoff of Advanced Micro Devices (AMD) chip fabrication facilities in Dresden, Germany, merged with Chartered Semiconductor's operations in Singapore.  The company is actually owned by the Advanced Technology Investment Company (ATIC), a wholly owned subsidiary of the Government of Abu Dhabi.  The Malta site is known as "Fab 8”.   “Fab” stands for “fabrication,” as GF actually produces physical products here.  These products are microchips, in sizes I can grasp only conceptually.  Still, in what must be one of the more ironic results of the digital revolution, the production of microchips seems to require macro fabs.  I believe that if you stood at one end of this fab and peered to its opposite end, you could see the curve of the earth.  Even if I exaggerate (and that is possible), the GF grounds are already immense, and are simultaneously a construction site for even more expansion.

GF is both the pioneer and a sizable attraction for those seeking to either locate or relocate.  The Luther Forest Technology Campus has been laid out for these expected businesses.  It is mostly empty (GlobalFoundries is the sole tenant), with roads periodically split by curb curves and a foot or so of asphalt dead-ending into raw land.  The products may be cutting edge, but the layout is depressingly familiar.  Despite its trendy title it’s an industrial park, pure and simple.
Judging just on what is visible, Malta’s future as a tech center seems inevitably dependent on the automobile.   Plans for the area announced periodically in The Business Review seem depressingly similar in concept, with the operative word to describe that concept being “sprawl.”  The assumptions in place about future worksites and direct access are clear.  So is the thinking behind getting to the area in the first place.

As you drive to Malta from the Albany area (there is no alternative) the planned dependency on the automobile is clear from the significant--and expensive--improvements to the local road infrastructure.  It has obviously been planned and built with greater traffic in mind than that which now occupies it.  Much of the expenditures for the expected development of the Malta area have gone into the construction of roads and bridges to expedite the journey of these anticipated greater numbers to and from it.  The new intersection #6 off I-87, for example, is a single-point urban interchange (SPUI), designed, as Wikipedia puts it, “to help move large volumes of traffic through limited amounts of space safely and efficiently.”  Those traversing it for the first time can find it well, disconcerting.

There is also an agreement in place requiring GlobalFoundries, if it decides to build a second fab, to pay for the construction of an additional exit off I87 between the current exit #11 and #12.

The network around Malta itself has gained some notoriety for the seemingly unanimous agreement among those concerned with vehicle traffic that streetlights are to be avoided at all cost.  The powers that be over the area have instead built traffic circles, known locally as “roundabouts.”  They are well marked on the pavement to quickly instruct drivers as to New York State law governing the right-of-way on them, but nevertheless provide moments of anxiety to those not quite familiar with the required etiquette (including your humble correspondent).  The Malta area also marked the first time I have encountered roundabouts built into the classic cloverleaf design of a limited-access highway.  After you take the Malta exit off Interstate 87 and reach the intersecting road (State Rt. 67), there are no traffic lights, stop signs or even yield signs, just a roundabout to send you in the proper direction.  This is initially disconcerting, but does an offer an easier way to correct initial mistakes.
Once you have completed your journey, the best way to describe the village of Malta is to say that when you get there, there is no there there.  I exaggerate, but only slightly.  There is a village here, and there has been for some time.  Prior to the Big Change, Malta was not a destination, merely the intersection of U.S. Rt. 9 and N.Y. Rt. 67.  In saying this, I am being unfair to the residents who were (and still are) there, but in view of what they have had to put up with (not to mention what is coming), I do not believe I am adding any great burden. 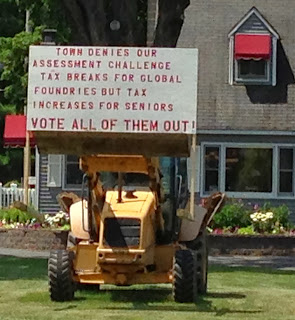 The residents of Malta are also not taking things lying down by any means (see photo), but their ability to affect the enormous financial and political process taking place about them is most likely negligible.  A hand-painted sign on a backhoe sitting opposite the first residential apartment project built to accommodate new residents provides the necessary symbolism for this unequal struggle.  They try, nonetheless, as a visit to a blog site  (http://blog.timesunion.com/malta) will attest.

The reliance on the automobile that underlies all the planning visible so far may very prove to have been the right decision (from the point of view of the area’s developers, of course), but it places Malta’s future as a community in considerable jeopardy.  The workplaces seem destined to emulate the current industrial park style, but what of the residences, service business and the like that must be added?  Where will the new techies live and recreate, and how will they get to and from work?  That future, and what alternatives exist, will be the subject of my follow up post. 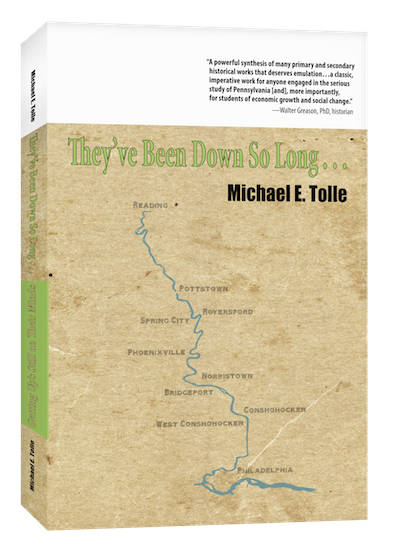 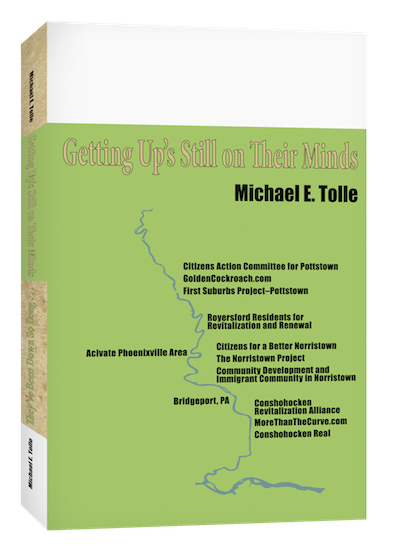